Take the role of a medium who has been sent to investigate a mansion haunted by a mysterious and powerful curse.

Use psychic abilities you can search for hidden clues about what happened and free the tormented spirits trapped within.

But be careful, you don’t want to end up like one of them…

Interesting take of a game!

A few issues I encountered:
The text from the book talking about the Swedish witch trials was WAAAY too fast. I consider myself a fast reader and I wasn't able to catch all of the information given to me in that text. If possible, either slow it down a tad, or make it possible for the player to either progress the text forward with a click or at least to be able to read the book again so that they can get the information needed. I feel like I was partially robbed of vital clues for the following puzzle (and a very interesting history lesson) with all of that.

I had the camera shift to a wonky angle on me a couple of times and it took me a bit to fix it so that I could see properly again. Not a major issue, but something I figured I should point out.

Speaking of minor issues, Rei does glide a bit with her walk cycle from time to time and there also still seems to be minor lighting issues at certain points.

Also, I had to CTRL+ALT+DEL in order to get out of the game once the demo was finished. I suggest putting in an escape prompt for that so that players don't have to constantly pull up the task manager in order to close the game.

Otherwise, I do like the game in concept. I think it will work very well as an exploring/puzzle-solving spooky adventure. The only thing that I think would help improve that aspect on it is to instill more of an atmosphere for the game. Certain things just happen a little too abruptly and become more jarring than anything. Also, would have LOVED to see some sort of "black substance" in the room where I was first puzzle-solving when the ghost showed up as mentioned to give it a bit more of a sense of urgency.

I understand that the dev team was under massive time constraints for this, so please don't take my criticisms too harshly. For a demo, it is solid. The controls seem to be intuitive (played this on a Windows PC) and everything looks aesthetically pleasing. I do think this game has a lot of potential and look forward to seeing what you all do with it moving forward!

I love the visual style of the game, especially the main character, the overall mood / feeling of the game is great. A wish list for things that would make me enjoy the game even more:

The mouse movements felt a bit tricky at times and I would really like to be able to continue rotating when the mouse is at the edge. It would be nice to have the mouse locked to the game screen instead of moving outside of the game.

When reading the history book and things like that I would really like to be able to click to continue the text instead of having the text dispensary automatically before I am finished reading. 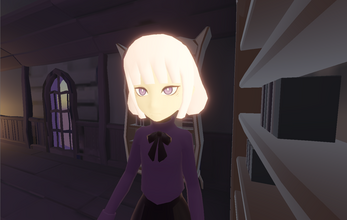 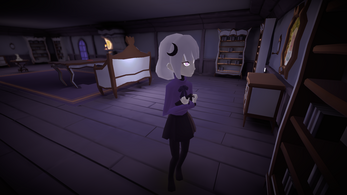